DFX participated in putting together the lighting installation for the Philadelphia Race Street Connector, and attended the opening for the first section of the project.

We assisted with the public art project titled Marquee, which is described below:

The Race Street Connector is the first example of how DRWC plans to connect Philadelphia and Old City to the waterfront and the new Race Street Pier. A combination of design elements will be unveiled to show connectivity to the river and to improve the pedestrian and bike experience, including a dedicated bike lane, signage, benches, bollards, curb realignments, increased sidewalk widths, crosswalks, plantings, and a dramatic light screen along the right-side wall of the underpasses. A new public art project will also be installed, entitled Marquee, an LED Work by artists Richard Tochia and Greenhouse Media. Marquee is comprised of a 60′ by 4′ horizontal LED screen mounted on the west-facing side of the I-95 overpass over Race Street in Old City. This LED screen displays live-feed images of the surface of the Delaware River, captured by cameras at the water’s edge, 24 hours a day, seven days a week.

Several officials connected to the project spoke at the opening, including Philadelphia’s Mayor Nutter. It was a pleasure to be a part of this project to improve the Race Street Connector. 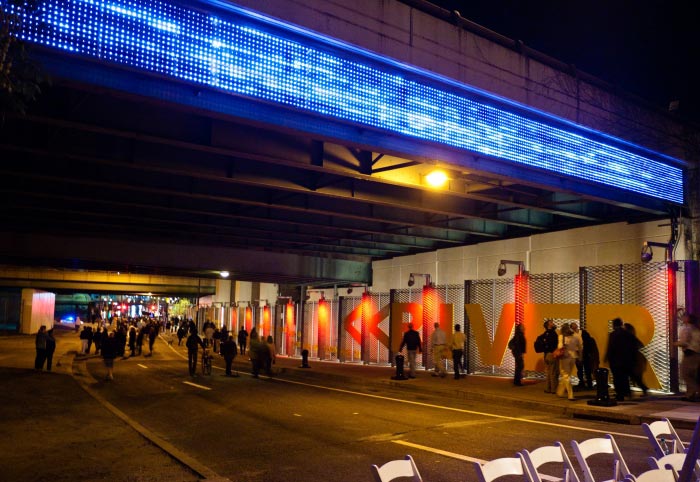 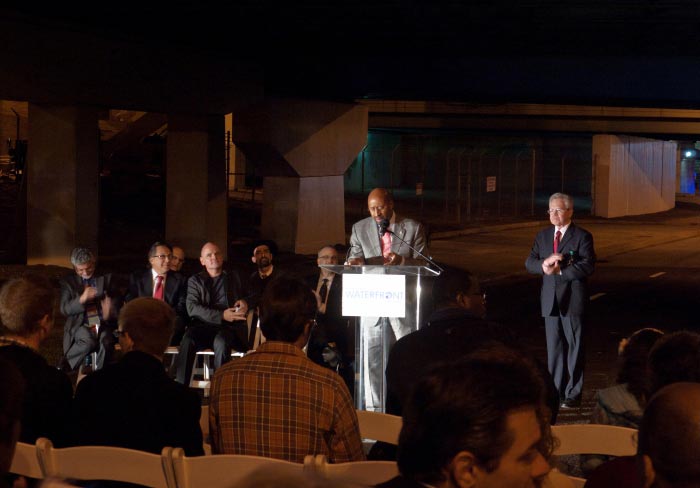 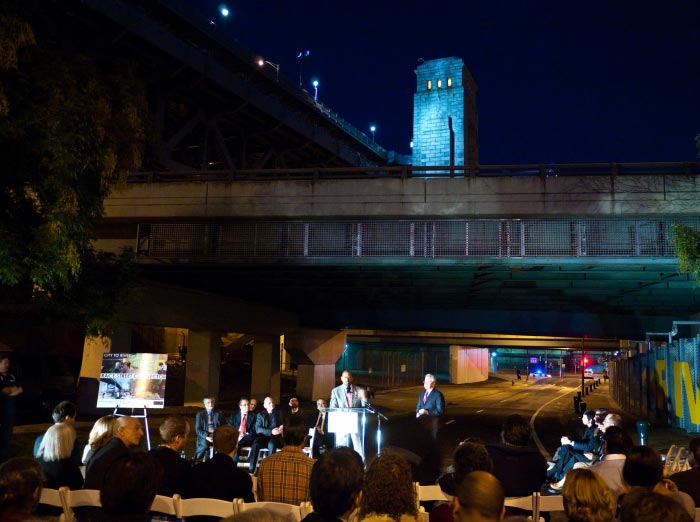 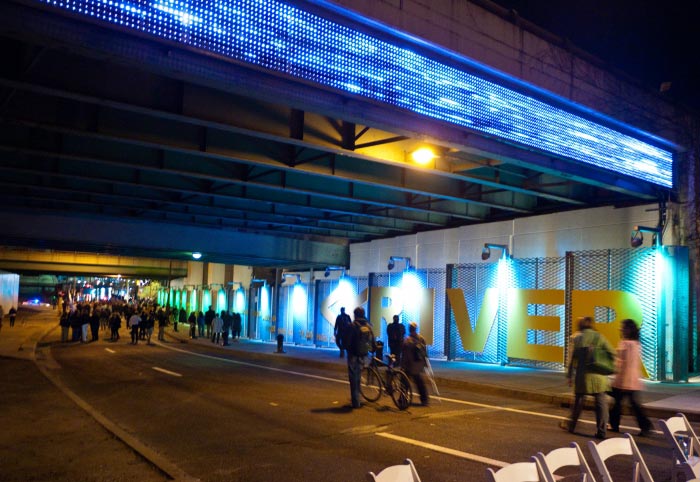 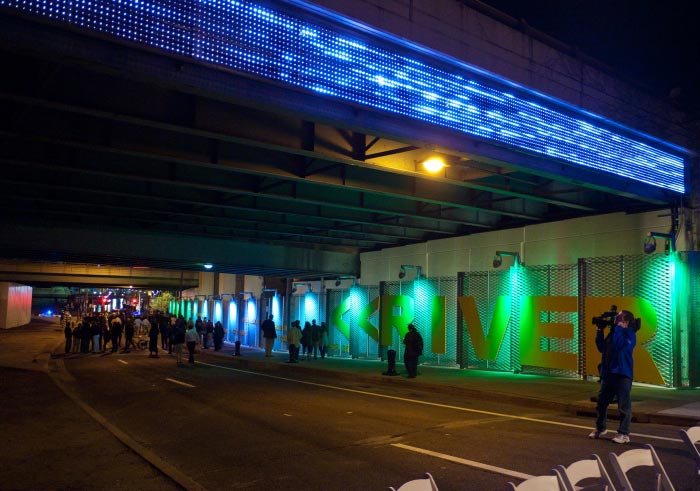 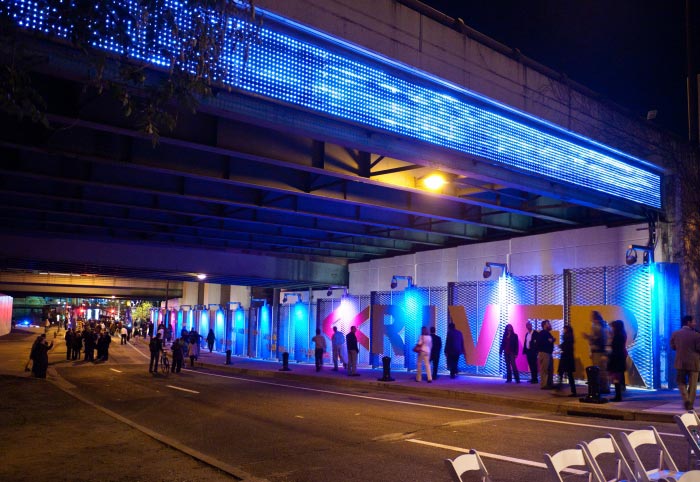