Skylands reached out to DFX because they wanted to increase revenue by adding a "Wow Factor" to the 120,000 square foot ice rink.

Specifically, our customers were looking to add lighting effects and improve sound quality to enhance their weekly Ice Jam events, as well as the local hockey Championship league games hosted at the rink. The challenge here was specifying gear that could withstand the extreme environment of such a large ice rink.

DFX wanted to incorporate as much as the existing equipment as possible in order to keep the cost of the project down. The facility was outfitted with high quality EAW MK5199e speakers; however, their drivers were blown, they were underpowered, and the placement was incorrect. We replaced and weather-treated the drivers, relocated the speakers with custom metal array brackets, and increased the amplification with QSC amplifiers. In addition to those updates, we repaired existing gear that needed service. We also added JBL ASB4128 subwoofers to increase the bass output which helps contribute to the “night club” mood they were striving for. We used Community Veris 8T’s to provide the audio to spectator seating areas. The entire audio system is processed with a BSS Soundweb London Blu processor, with several Blu-8 remotes placed throughout the facility for zone, volume, and source selection. There are separate zones for each of the two rinks, the upstairs cafe, the bleachers, and the lobby. For lighting, we choose Elation Design Spot 575B fixtures, which provide the automated effects that our customers were looking for. They also provide the ability to add up to 7 custom gobos, which are used to display local hockey team logos during games. The fixtures are controlled by a user friendly AR-32RM DMX controller. A Look Unique 2 haze machine is used for haze effects.

We couldn’t be happier with the outcome of this installation. The owners were great to work with and they are thrilled with the new system as well. Not only did we deliver the “Wow Factor” as promised, but so far, they have seen a huge increase in revenue. Young customers have taken to Facebook to post about the exciting new facility and how it is the place to be on Friday nights!

In addition to providing Skylands with an amazing sound and automated lighting system, every six months we perform preventative maintenance visits under a service contract. These visits allow us to keep an eye on the equipment so that we can address any issues before they lead to system failure, which is not an option on Friday nights! 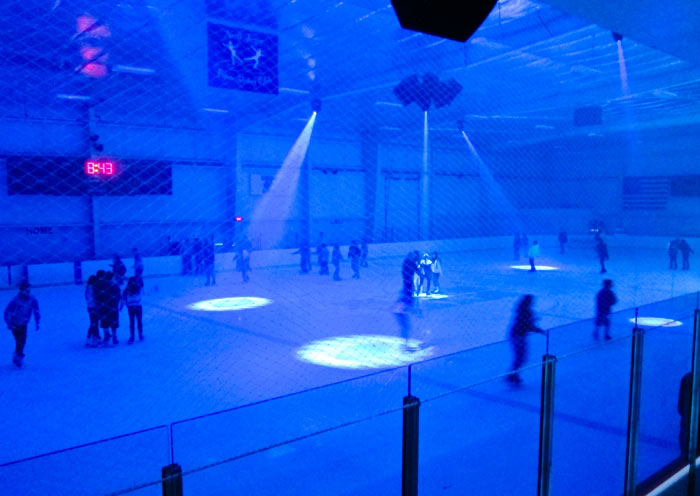 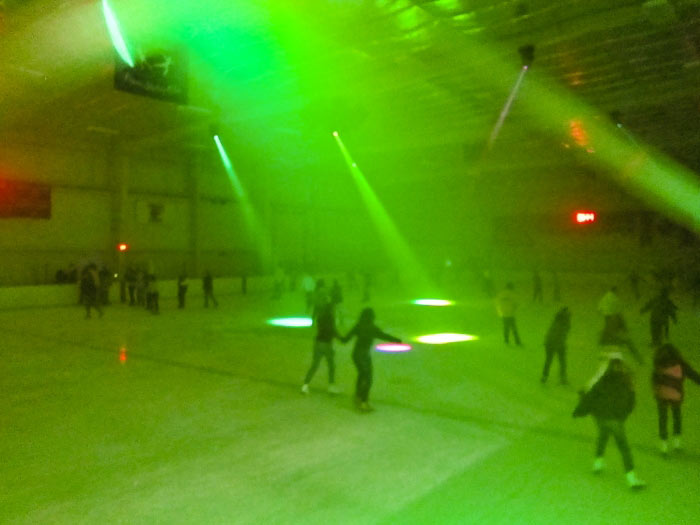 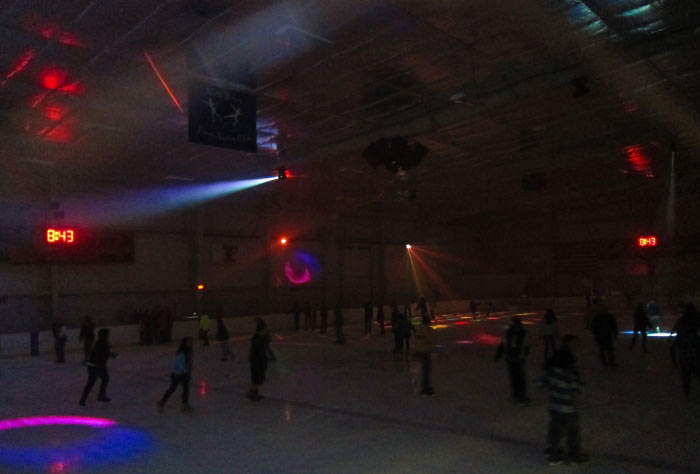 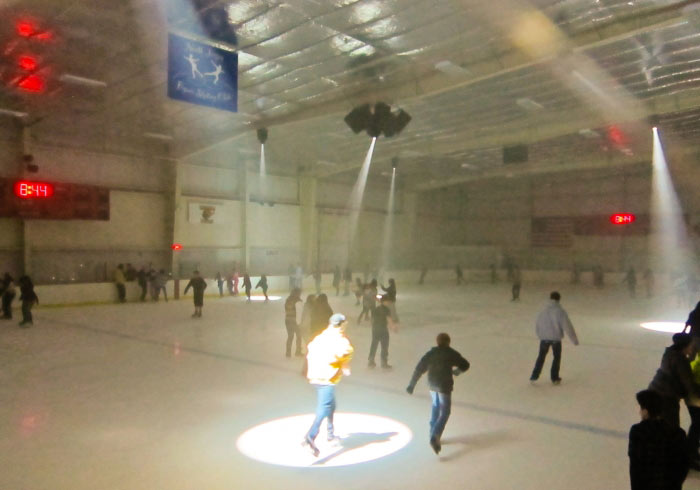 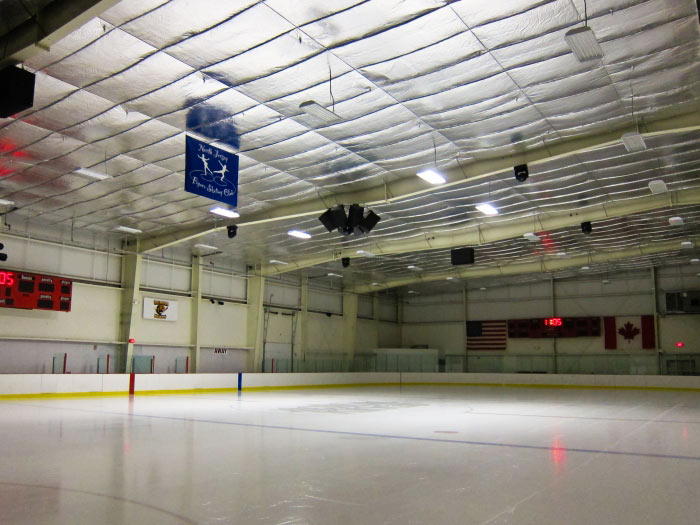 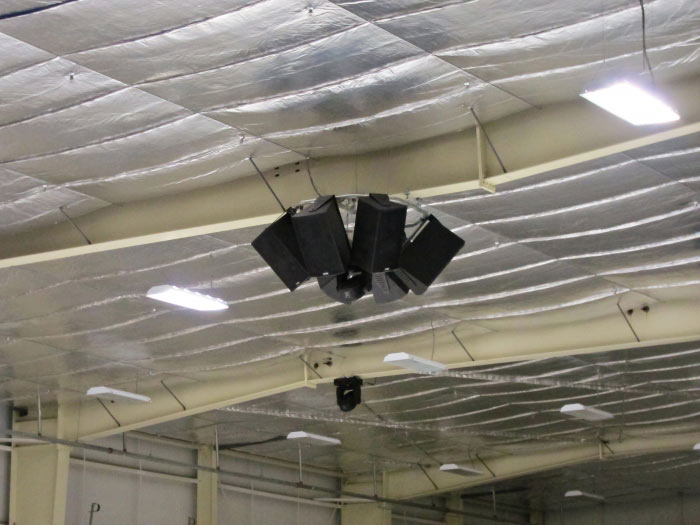 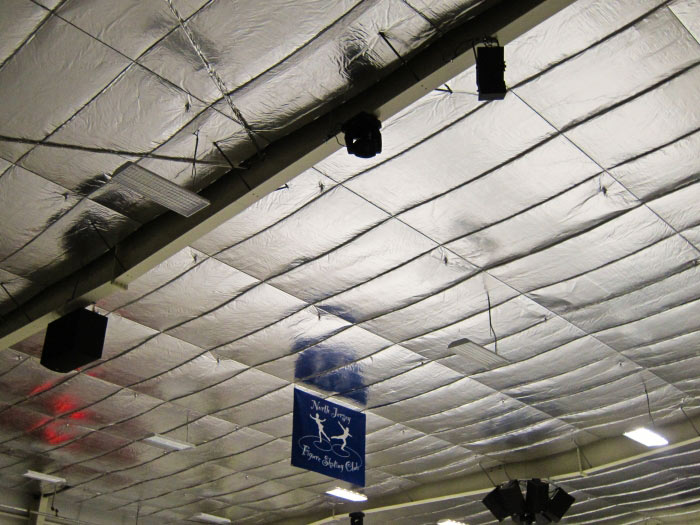 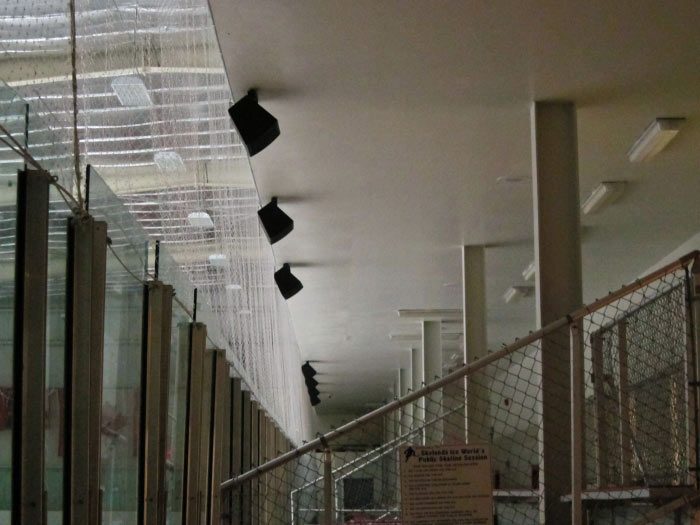 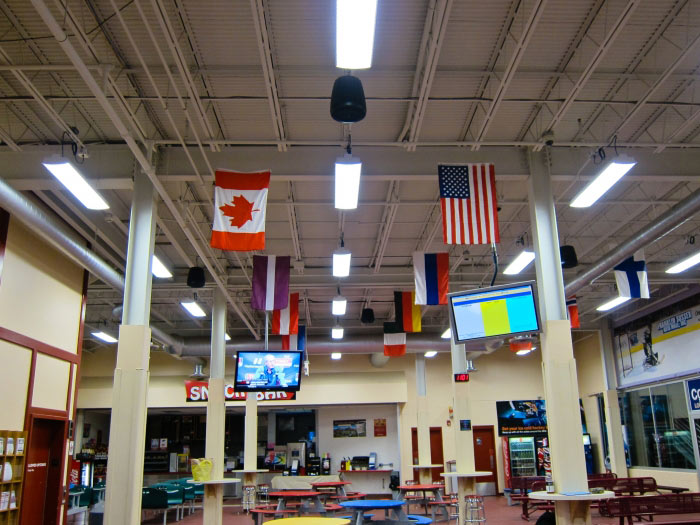 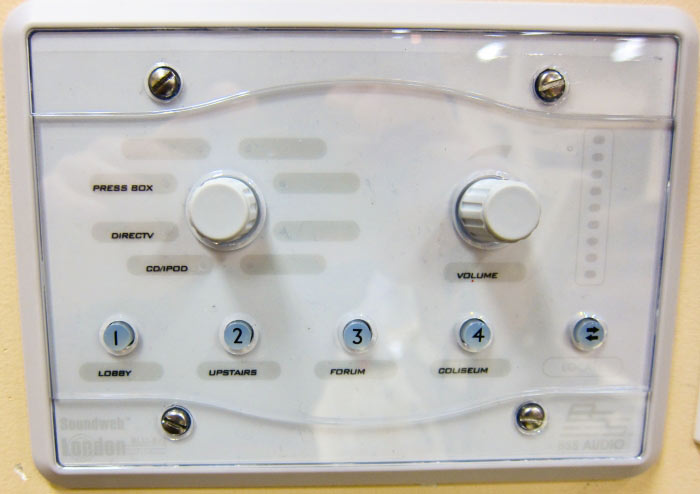 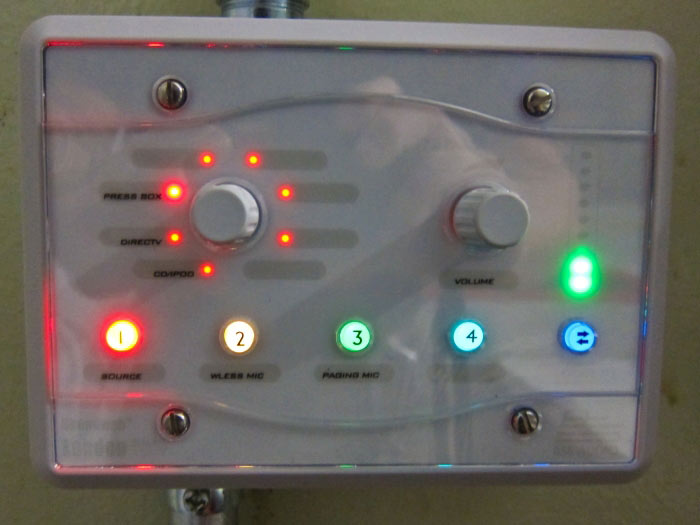